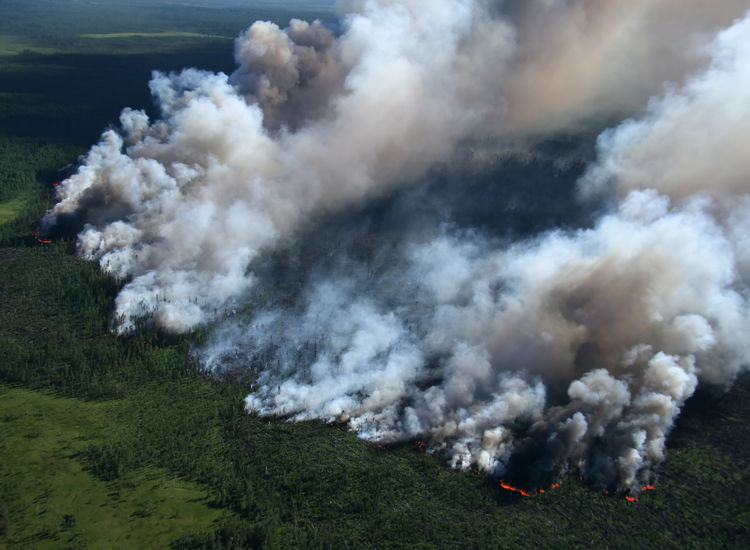 Zurich - Swiss Re has today announced new measures to support the transition to a net-zero economy, encompassing both asset management and underwriting as well as its own operations.

Swiss Re’s Group Chief Executive Officer Christian Mumenthaler said: “Climate change remains the biggest challenge we face as a society. The stakes are high and require immediate attention. Signing up to net-zero emissions by 2050 and setting concrete climate targets are important first steps. What needs to follow now is action. We are moving ahead in all areas of our business to accelerate the transition towards net zero.“

As a founding member of the UN-convened Net-Zero Asset Owner Alliance, Swiss Re has committed to transition its investment portfolio to net-zero greenhouse gas emissions by 2050. Today, Swiss Re announced concrete targets for how to achieve this:

Guided by a systematic climate approach

The new targets have been defined in accordance with science and the Net-Zero Asset Owner Alliance Target Setting Protocol, which Swiss Re played an instrumental role in developing, and which serves as a guide for the Alliance members.

To further increase transparency of its actions, Swiss Re has advanced its climate approach in Asset Management focusing on the following four steps to mitigate climate-related risks, while supporting the net-zero transition of the economy:

Another measure that Swiss Re has implemented is the aspirational and new framework to engage with companies in the equity portfolio. This includes taking an active dialogue with them to limit global warming to 1.5°C.

Swiss Re’s Group Chief Investment Officer Guido Fürer said: “We believe that by engaging with the real economy and supporting the companies we invest in to develop a climate strategy and to manage related risks, we will improve our risk-adjusted returns, while also propelling the transition to a net-zero emissions economy.

“While we have already made considerable progress by substantially cutting CO2 emissions of our portfolio, today’s announcement is another important step in the race to net-zero. As asset owners we can play a meaningful role, and I’m pleased to see momentum building amongst the investor community.“

Complete phase out of thermal coal in re/insurance

With an update of its thermal coal policy, Swiss Re is accelerating its move to net-zero in insurance underwriting. In 2023 Swiss Re will tighten its coal policy by introducing new thermal coal exposure thresholds for treaty re/insurance across its property, engineering, casualty, credit & surety and marine cargo lines of business. The thresholds will be lowered gradually and will lead to a complete phase out of thermal coal exposure in OECD countries by 2030 and in the rest of the world by 2040.

The thermal coal policy was established in 2018. It marked a first step towards a comprehensive carbon steering mechanism with the goal to transition Swiss Re’s re/insurance business to net-zero emissions by 2050. The coal policy is part of the Group’s Sustainable Business Risk Framework which was established already in 2009. In 2020, Swiss Re revised the oil and gas policy in the same framework and in the beginning of 2021 gradually started withdrawing insurance support from the most carbon-intensive oil and gas production.

For its own operations, Swiss Re is committed to achieving net-zero emissions already by 2030, focusing primarily on emission reduction measures as part of its strategy to ’do our best’. Since 2020, Swiss Re is sourcing 100% of its power from renewable sources. To prevent going back to the pre-pandemic travel intensity, Swiss Re has set itself a 30% reduction target for flight emissions for 2021, relative to the 2018 level.

On top of that, Swiss Re is the first multinational company to introduce a triple-digit real internal carbon levy on both direct and indirect operational emissions (such as from business travel). The new Carbon Steering Levy has been set at USD 100 per tonne CO2 as of 2021 and will gradually increase to USD 200 per tonne CO2 by 2030. The levy gives Swiss Re a strong incentive to further reduce its operational emissions. It also provides a 10-year funding scheme to move from carbon offsetting to supporting carbon removal projects enabling the compensation of any unavoidable emissions in line with its ’remove the rest’ strategy.

Swiss Re has already started to engage in the emerging carbon removal market. In 2019 the Group participated in the world’s first auction for negative emission certificates, and last year signed a collaboration agreement with Climeworks, one of the world’s leading direct carbon air capture companies.