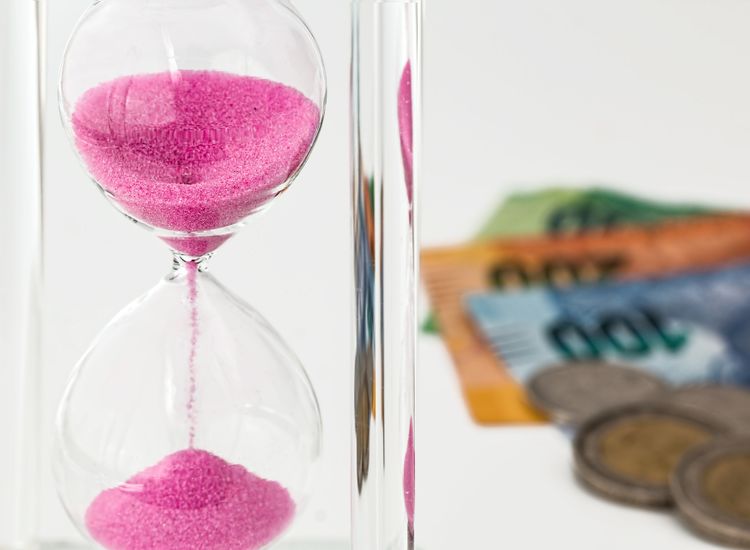 Should investors consider happiness rather than GDP?

The practice of gratitude helped me through the Covid-19 lockdowns last year, and every day I would write down three things that I appreciated in my life, which allowed me to reflect on what made me happy, writes Piya Sachdeva, Economist at Schroders.

In the article below, Sachdeva explores the relationship between a country's economy and national happiness, while arguing that looking predominantly at GDP as the main indication of societal performance is outdated:

I recently found that gratitude journal and reading it again, it was clear that the things that made me happiest tended to be things that money cannot buy.

This goes against everything I have been taught in my career as an economist, where Gross Domestic Product (GDP) as a monetary value of an economy, is the main measure of societal performance. I should only be as happy as the material things I own.

Of course, I am not the first person to have considered this. About a decade ago, Nobel Laureate Joseph Stiglitz commissioned a report called Mismeasuring Our Lives: Why GDP Doesn’t Add Up. It presented the case for retiring GDP in favour of wellbeing and in recent years, this idea has gained traction under the Beyond GDP movement.

The idea of using wellbeing as a measure of societal performance has been accompanied by the rise in the number of investors considering social factors in their decision-making. And figuring out what makes society happy helps us identify the risks to the global economy from the S in ESG.

Money can buy happiness, but only up to a point

GDP per person has a strong relationship with national happiness, explaining 56% of the differences across countries.

But the richer someone is, the smaller the boost in happiness from becoming richer. Happiness plateaus as the average income in society reaches $70,000.

The shape of the relationship between happiness and income is significant for two reasons. Firstly, in the broader context of inequality this supports the case for distributive policies. Secondly, for rich countries, there may be more effective ways for society to boost happiness than by solely pursuing more economic growth.

The Organisation for Economic Co-operation and Development (OECD) was one of the first international bodies to bring together internationally comparable measures of wellbeing under its Better Life Index.

But some things matter more than others when it comes to driving wellbeing. To explore this, we use regression analysis to explore what objective social factors best explain subjective happiness, measured by life satisfaction. Four factors stand out as having the strongest relationship with happiness. These are personal income, long-term unemployment, self-perceived health and perceived corruption.

Investors have long considered corruption and wider governance measures as important.  The perception of corruption data that we use in our work is in fact a measure of institutional trust, which captures both government and business corruption. More specifically, survey respondents are asked whether corruption is widespread in government and business? This also has a good relationship with broader trust in society, where people are asked whether they can trust others.

However, Eastern Europe stands out as having especially high perceptions of corruption with Romania, Portugal and Hungary topping the list across both major developed and emerging markets. Italy and Greece also score relatively low.

Unsurprisingly, health has a strong relationship with happiness, and it is a theme that popped up in my journal several times.

The measure we use is self-reported health – the share of those reporting “at least good” health. Importantly, this reflects that self-assessed health combines both mental and physical health. Mental health is especially important to consider in advanced economies, where life expectancy and other measures of physical health are already very high (see chart).

What does this mean for investors?

From a top-down perspective, there is no relationship between happiness and equity returns using historical data in developed markets.

This is perhaps not too surprising given the very low relationship between GDP growth and equity market returns that researchers have found in the past (such as in "What’s growth got to do with it? Equity Returns and Economic Growth", CFA Institute Journal Review, 2015).

Just as GDP growth rates do not explain market performance, social factors do not usually impact markets much either at a country level, in contrast to the company level, where they are important. Companies are punished for poor governance standards, but countries rarely are unless there is social unrest which fuels political change or countries are subject to international sanctions.

There are many examples of where “S” has weighed on financial markets, particularly in the Emerging and Frontier world. In most cases disillusionment caused by low standards of wellbeing has led to populist governments. Investors will remember the Arab Spring in 2010, Greece in 2015 and the recent protests in Latin America.

From this perspective, rather than seeking return from “happy” markets, macro investors integrating ESG into their framework should instead consider the risks to their investments from unhappy markets.

So, what risks should we be concerned about? Our work points to three risks to the world economy from the “S” in ESG today:

Changing the concept of the maximum level of employment to a more inclusive measure, the US Federal Reserve is recognising the social implications of monetary policy and within this, its role in reducing inequality. This points to keeping interest rates lower for longer in the hope of extending the economic cycle and raising well-being. However blunts tools risk the Fed reacting to inflation too late. Not only does inflation erode incomes, any reactive aggressive rise in interest rates risks tipping the economy into recession, creating a self-defeating boom-bust cycle, where lower income and higher unemployment hurt social outcomes.

2. The management of energy transition: “E” at the expense of “S”?

Managing climate change is crucial for the sustainable growth and the well-being of future generations. In the long term, the energy transition is an opportunity to create new relatively high-paying jobs in clean energy. However, this will have to be managed very carefully as the transition will likely have social implications for today’s generation.

Governments have had a difficult balancing act to navigate during the pandemic where lockdowns enacted to protect physical health have damaged mental health, hurt incomes and lost jobs. Helped by an unprecedented amount of government support, surveys so far have shown surprising resilience in subjective happiness last year when it comes to evaluating life.

The shift to whether we should pursue wellbeing rather than GDP growth is underway and figuring out what makes society happy helps us identify the risks to the global economy from S.

Our work shows that the measurement of societal success can be improved and should be broader than GDP and unemployment. Ultimately, a focus on improving health, minimising corruption and raising wider social trust would make society happier.

Our finding that countries with low corruption are happier highlights that social considerations stem from strong governance: In “ESG”, “S” is underpinned by G. For equity investors, this is consistent with the growing recognition that taking care of stakeholders has positive business benefits. This new social contract is here to stay and active investment managers play an important role in holding executives to account.