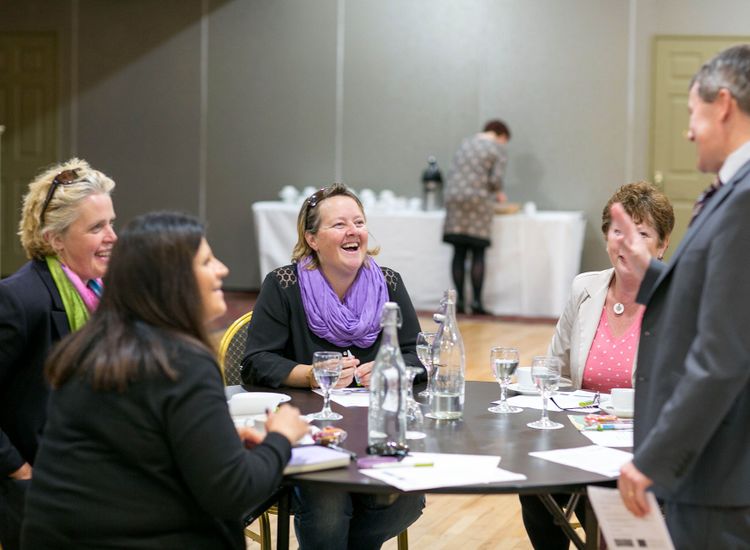 Only a quarter of executive positions filled

Johannesburg - According to Grant Thornton's 2014 International Business Report's (IBR) Women in Business research which was released to coincide with International Women's Day - celebrated on 8 March every year, only 26% of SA senior management positions are currently filled by women and 21% of local businesses have no women at all in senior management positions. This is in stark contrast to emerging countries like Russia and China, which feature a much higher number of women in their organizations.

Grant Thornton's IBR survey which focuses specifically on Women in Business researches the views and expectations of over 6 700 large privately-held businesses and mid-sized listed organizations per year across all industry sectors providing insights into business executive perceptions globally between November 2013 and February 2014. In South Africa 300 businesses were surveyed across all industry sectors. These businesses ranged from medium to large in size with total employment of between 100 and 399.

The percentage of senior women in businesses throughout SA is down 2% from last year, but has remained fairly static - at between 26% and 28% &ndash; for the past seven years.

Asked if they would support the introduction of quotas for the number of women on executive boards of large listed companies, only 52% of SA companies responded in the affirmative. This is down from 60% in 2013.

"The percentage of working women in senior management positions in SA is inadequate,"says Jeanette Hern, deputy CEO of Grant Thornton Johannesburg. "There are several historical reasons for women empowerment in Russia and China including these nations" focus on equality of opportunity, population demographics and urbanization.

"The old Soviet Union placed huge emphasis on gender equality, best highlighted by the promotion of women into senior service sector roles. Russia also has a total population gender ratio in favour of women (6:5). China';s one-child policy of the past has lowered the burden of childcare, while rapid urbanisation has raised the aspirations of women"

Developed economies tend to be lower down on the list than the BRIC countries, despite much talk in Europe about getting more women into the boardroom. The United States has 22% of senior positions filled by women, marginally lower than the European Union's 23%.

Countries with patriarchal societies like Japan, India and the UAE are at, or near, the bottom of the ratings with 9%, 11% and 11% respectively.

In SA, 15% of boards are made up of women, the same as last year. This percentage rises to 20% for the BRIC countries; while in Russia, nearly a third (29%) of all board members are women.

The IBR research reveals that 11% of those SA businesses with at least one woman in senior management have a female CEO, slightly up from 10% in 2013. A total of 34% have female human resources directors and the same percentage have female chief financial officers, up from 32% and 27% respectively in 2013.

A new survey question this year, designed to show how businesses are supporting working mothers, revealed that 68% of SA businesses offer mentoring or coaching, 63% offer the opportunity to buy extra holiday or take unpaid leave while 56% offer flexible working, such as alternative times or locations.
Approximately 45% of all SA companies give working mothers access to continuing professional development/ education during maternity leave, paid maternity leave (beyond what is legally required) and reserve job roles of women on maternity leave for up to one year.

"However, schemes that really help alleviate the childcare burden, such as cregraveches at work, are much less common," notes Hern. "In SA only 7% of companies offer on-site childcare facilities while the global percentage is 6%."

29% of SA businesses have specific plans to hire or promote more women into senior management over the next 12 months.

"Although this is only slightly lower than last year (32%), the trend is surprising in light of government's insistence on introducing further quotas for women in decision-making positions" says Hern."One of the provisions in the Women Empowerment and Gender Equality Bill legislates that eventually 50% of all decision-making positions must go to women in "designated public bodies and designated private bodies"

The vast majority (79%) of SA businesses don't run a specific programme to support/mentor women and are not considering launching one.

In an average year, only 10% of SA business' graduate intake is women, almost identical to the global average of 11%.

Globally, there is a much higher proportion of women in sectors such as education and social services, personal services and hospitality, while the proportion is much lower in primary industries such as mining, agriculture and utilities, as well and real estate and construction and manufacturing.