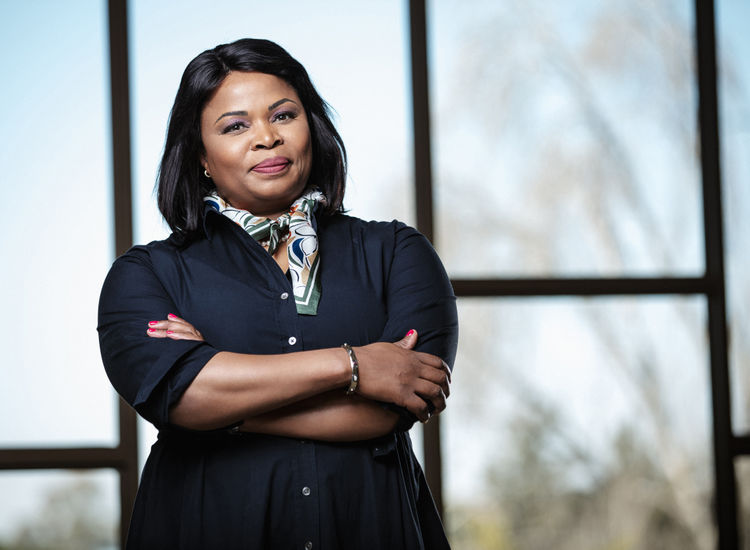 Johannesburg - The Institute of Risk Management South Africa (IRMSA) has appointed Pat Semenya as its new CEO effective from 1 July 2021. She takes over from Gillian le Cordeur who has led the organisation for the past decade.

Semenya has held leadership roles across various industries over the past 22 years. Prior to her appointment as the new CEO of IRMSA, she was the CEO of the Association of Chartered Certified Accountants (ACCA) South Africa, a leading global accountancy professional body. Semenya also led the Trade Assets Optimisation function for Nestle Professional South Africa and before that was at Johannesburg Water, where she headed the City of Johannesburg’s billings portfolio.

Says IRMSA President Thabile Nyaba, “Pat joins us at a critical juncture as risk management is now front and centre in the boardroom as organisations continue to manage the threats and opportunities of the COVID-19 pandemic. She brings a high skills set to the job as more executives are recognising the importance and benefits of a clearly defined risk strategy. The Executive Committee also wants to thank Gillian for her direction and leadership in growing the institute to the point where it has now become a leading voice in business.”

Semenya says, “I’m delighted to be joining IRMSA and making sure it continues to play a vital role in the operational sustainability of its members both in the private and public sector. It is my intention to build on this success, continue with our growing offering of executive training courses and to accelerate our ongoing membership recruitment drive. Overarching all of that is to make sure that the risk management discipline builds on its role as a vital and necessary management tool and that IRMSA continues to be a responsible and thoughtful leader in the business community.”

Outgoing CEO Gillian le Cordeur says, “I wish Pat every success in taking over an organisation that has shown tremendous growth over the past decade. IRMSA has entrenched itself as leading voice in the South African management space where our pronouncements and analysis on risk are taken seriously, including by the South African government which at the outset heeded our strong call for a risk-based approach to managing the pandemic. As I set out on a new path, I want to thank my staff, Executive Committee and IRMSA members for making my job both rewarding and exciting and all we have collectively achieved in transforming risk management into a respected management function.”

Semenya is a mother of two daughters, she is a graduate of the University of Johannesburg and the Regenesys Business School. In 2016, she was nominated by the Institute of People Management (IPM) as Business Leader of the year runner-up, in the same year she was the Nominee for the ACCA CEO awards.

Pat sits on two boards as a non-executive director, some of the projects she is involved with is the 2021 CFO South Africa awards judge’s panellist, between 2016 until 2018 she volunteered as a member of the advisory committee, South Africa Focal point, for the Global Reporting Initiatives (GRI) and served as Brand Ambassador for the Institute of People Management (IPM) in 2016 and 2017.