Zurich delivers one of the best results in its history 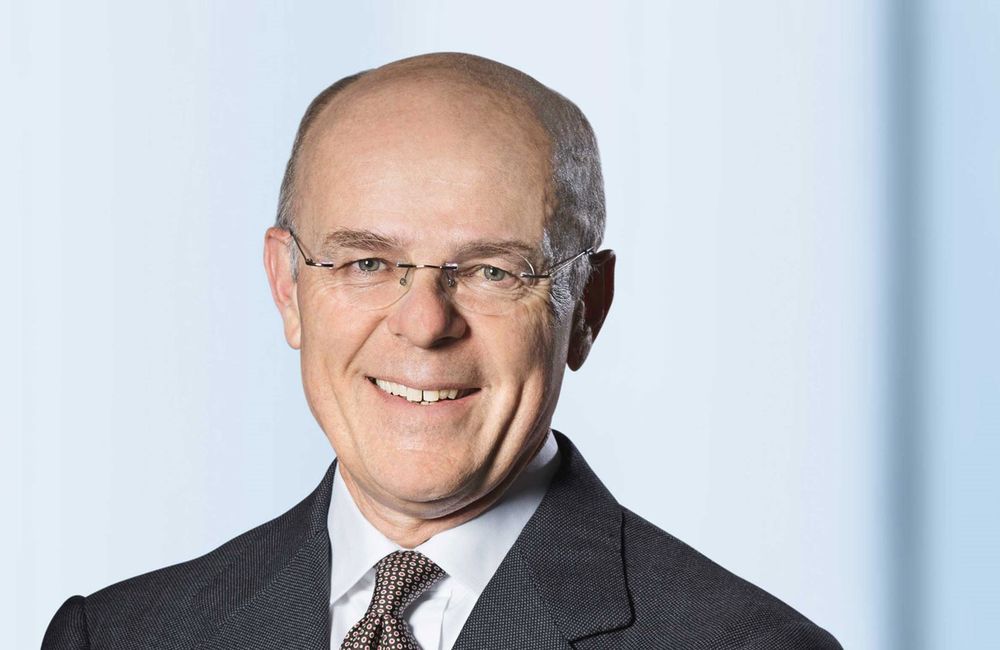 Zurich delivers one of the best results in its history

Zurich - Zurich Insurance Group (Zurich), a leading multi-line insurer that serves its customers in global and local markets has reported very strong profits for the full year 2021. Business operating profit and net income attributable to shareholders were the highest since 2007. Growth was achieved in all segments, with commercial insurance in particular benefiting from disciplined underwriting, higher prices and an increase in new business.

Group Chief Executive Officer Mario Greco said: “Zurich has delivered the strongest performance in a long time, demonstrating the strength of our franchise, the quality and commitment of our people, and the benefits of repositioning the business in recent years.

The extreme weather events of 2021 again highlight the pressing need to take collective action to address climate change. The insurance industry has a natural alignment with the sustainability agenda, and I am particularly proud of our work in this area throughout the past year as we continue to reinforce Zurich’s leadership position.

Zurich continues to benefit from an excellent balance sheet and financial flexibility. This, together with our strong operating results, has allowed us to propose a 10% increase in the dividend per share to CHF 22.

Zurich is in outstanding health as we celebrate our 150th anniversary this year. I am optimistic about Zurich’s momentum, the skills and enthusiasm of our people and the opportunities that lie ahead of us. I have every confidence we will meet or exceed our 2022 targets.”

Full-year 2021 business operating profit (BOP) was USD 5.7 billion, an increase of 35% compared with USD 4.2 billion in 2020. Growth was driven by an underlying improvement across all businesses and reduced claims from COVID-19, which more than offset higher levels of natural catastrophe and weather-related claims.

Net income after tax attributable to shareholders was USD 5.2 billion, an increase of 36% compared with the prior-year period. This reflects the improvement in BOP, supported by higher levels of realized capital gains.

Throughout 2021, the Group continued to advance its customer-focused strategy, increasing the use of customer insights to improve their experience. This is reflected in continued improvements in customer satisfaction (as measured by net promoter scores) in most of the Group’s retail markets. These improvements, together with demand through partnership distribution channels, supported further growth in the number of retail customers5 by 2.2 million to 55.4 million, despite ongoing uncertainty from the pandemic. With many customers in the U.S. and Europe impacted by extreme weather, Zurich provided consistent and proactive help. In Germany for example, employees volunteered in the affected areas and led fundraising campaigns that collected 1 million euros in aid.

Technology is playing a critical role in maintaining Zurich’s position as a provider of choice. Through the acquisition of AlphaChat, which provides conversational artificial intelligence (AI) technology for customer service automation, Zurich is strengthening the foundations for improving customer experience, streamlining interactions and meeting increasing, round-the-clock demand for personalized products and services.

During the last year, Zurich has increased its focus on tackling climate, social and technological challenges. The Group has established ambitious decarbonization goals for its operations and investment portfolios and has strengthened its ambition to reduce exposure to the industries that emit the most CO2. Zurich will fully phase out thermal coal from its insurance portfolio by 2030 in the developed world and by 2040 in emerging economies and will no longer underwrite new greenfield oil exploration.

Employee satisfaction remains at its highest level since 2017, thanks in part to the support provided to employees during the ongoing pandemic and the Group’s long-term goal to enhance training, provide career opportunities and increase diversity. As part of this priority, Zurich joined the ‘The Valuable 500’ – a global initiative that puts disability inclusion firmly on the agenda of businesses and their senior management.

Zurich is continuing to deliver on its ‘work sustainability’ ambition to strengthen in-house skills to keep pace with technological advances, and to attract and retain the next generation of talents. Reflecting this success, two-thirds of vacant positions were filled by internal candidates in 2021.

The Z Zurich Foundation, a charitable foundation funded by various Group members, led the biggest fundraising campaign since its establishment in 1973, raising enough for UNICEF (the United Nations Children’s Fund) and ACT-A/COVAX to deliver two doses of COVID-19 vaccine to more than 1.7 million people.

The Group continued to support the Zurich Forest project, which is recreating a biodiverse, native rainforest in Brazil in collaboration with non-profit Instituto Terra. About 200,000 native trees have been planted, almost one quarter of the total planned over eight years.

Business operating profit of USD 3,121 million was 50% higher than in the previous year. The result benefited from a combined ratio of 94.3%, which was 4.1 percentage points below the previous-year period. The reduction was driven by an underlying increase in underwriting profitability as higher prices fed into the results, increased reserve releases, as well as an improved net impact from COVID-19. These factors more than offset the impact of higher catastrophe and weather-related claims. The improvement was driven by commercial insurance, while the retail and SME combined ratio was affected by higher natural catastrophe losses and claims frequency gradually returning to more normal levels after a benign experience in 2020 associated with COVID-19 restrictions.

Gross written premiums and policy fees grew 11% on a like-for-like1 basis, adjusting for currency movements, acquisitions and disposals, with growth in both retail and SME and commercial insurance. All regions contributed to growth. In EMEA, growth was driven by higher retention and new business in retail, and price increases in commercial lines. North America continued to benefit from higher commercial insurance prices, as well as rising agricultural commodity prices driving top-line growth in crop insurance. Asia Pacific and Latin America returned to growth, rebounding from the previous year which reflected a higher impact of COVID-19-related restrictions, and benefiting from rate increases in commercial insurance. In U.S. dollars, the Group’s gross written premiums rose 13%, with growth amplified by favorable currency movements.

The Group achieved price increases of 7% in the year, driven by commercial insurance across all regions, with the level of price increases well above claims cost inflation.

The Group’s Life business delivered a strong performance over 2021, with continued focus on the execution of its long-term strategy to grow protection and capital-light savings products.

Full-year BOP of USD 1,812 million was up 27% compared with the prior-year period. On a like-for-like1 basis, Life BOP improved by 20%, driven by higher fee revenues and improved claims experience excluding COVID-19. This, together with portfolio actions, led to margin improvements in EMEA and Asia Pacific. Other drivers were positive one-off benefits of around USD 150 million, which were largely related to EMEA, and better investment returns. In Latin America, BOP increased 1% on a reported basis. Excluding COVID-19 mortality claims, BOP grew 43%, driven by profitable sales growth at Zurich Santander and a positive run-off development of a large corporate protection scheme in Chile benefiting from favorable market conditions.

New business value (NBV) rose 21% on a like-for-like basis, driven by higher volumes and a more favorable sales mix in EMEA and Latin America. On a reported basis, NBV improved by 22%.

The new business margin improved to an attractive level of 29.1% as reported and on a like-for-like basis.

Gross written premiums of the Farmers Exchanges2 increased 20% in the year. Excluding the contribution of the MetLife U.S. P&C transaction, which closed at the beginning of April 2021, gross written premiums increased 7%. The Farmers Exchanges’2 combined ratio increased 3.6 percentage points to 104.3%, mainly driven by an increase in losses due to higher severity. This was partially offset by lower expenses. The surplus ratio decline was impacted by a relatively higher increase in the premium base compared to the increase in surplus.

Farmers BOP of USD 1,617 million was 8% higher compared to the prior-year period. A 12% increase in BOP at Farmers Management Services (FMS) was partially offset by higher mortality in the life business, including USD 121 million of claims related to COVID-19 and a small loss at Farmers Re.

FMS management fees and other related revenues increased 15% compared with the prior year. This was mainly driven by growth in the fee base following the MetLife U.S. P&C acquisition.

Farmers Life new business APE was 4% higher than in the prior-year period, which was affected by lower sales from the impact of the pandemic, while new business value decreased 9%, mainly due to assumption updates.

Group Functions & Operations had net expenses of USD 806 million, which was USD 97 million higher than in the prior-year period. This was mainly driven by an increase in charges related to Holding and Financing, due largely to financing and foregone investment income related to the acquisition of the MetLife U.S. P&C business and unfavorable currency movements.

The Group’s Non-Core Businesses, which comprise run-off portfolios that are managed with the intention of proactively reducing risk and releasing capital, reported an operating loss of USD 1 million.

Shareholders’ equity declined by USD 0.4 billion in 2021, mainly driven by the payment of the Group dividend in the second quarter, lower unrealized gains and unfavorable foreign exchange movements, which were partially offset by full-year earnings.

The Group’s Swiss Solvency Test (SST)3 ratio was estimated at 212%, an increase of 31 percentage points over the prior year and well in excess of the Group’s target for an SST ratio of 160% or above. The planned sale to GamaLife of a life and pension back book in Italy, announced by Zurich in January 2022, is expected to add 11 percentage points to the Group’s SST ratio. The transaction is expected to be completed in the second half of the year, subject to regulatory approval.

The Board of Directors will propose the election of Peter Maurer to the Board at Zurich’s Annual General Meeting on April 6, 2022. Mr. Maurer has served as President of the International Committee of the Red Cross (ICRC) for the past 10 years. Prior to that, he had a career in the Swiss diplomatic service, with roles including Secretary of State for Foreign Affairs and Swiss Ambassador to the United Nations. Once elected, Mr. Maurer will assume his role on Zurich’s Board as of October 1, 2022, after having stepped down from his position at the ICRC.

General outlook for 2022: Adjusting your investment expectations
Barbarians at the gate: JSE mid-caps on the shopping list