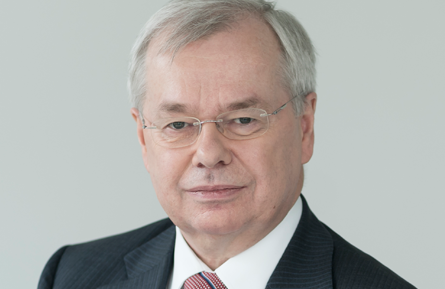 The first half of 2022 saw lower natural disaster losses than in the comparative period of 2021. Floods, earthquakes and storms caused overall losses of some US$ 65bn compared with US$ 105bn in the loss-heavy previous year. At around US$ 34bn, insured losses were roughly in line with previous years.

During late summer/early Autumn, eastern Australia experienced extreme rainfall and floods causing losses of US$ 6.6bn. Parts of Queensland and New South Wales saw record rainfall and flooding, with the last week in February being the wettest since 1900 and some areas recording their highest flood peaks since 1893. The provisional estimated cost to the insurance industry is currently at US$ 3.7bn.

Other countries in the Asia-Pacific region were also hit by major disasters. In Japan, a powerful earthquake with a magnitude of 7.3 struck east of the main island Honshu. The epicentre was not far from the site where the powerful Tohoku quake triggered a tsunami and the nuclear disaster at Fukushima eleven years ago. Despite the much weaker magnitude of the earthquake in March 2022, overall losses still came to US$ 8.8bn, with insured losses at US$ 2.8bn.

In total, the Asia-Pacific region accounted for US$ 22bn of overall natural disaster losses in the first half of the year – higher than usual. Insured losses came to US$ 8bn.

US dominates the loss figures

With a figure around US$ 28bn, the US accounted for almost half of overall losses in the first six months of 2022 and nearly two-thirds of insured losses, with a figure of US$ 19bn. A series of severe thunderstorms with tornadoes was the principal cause of these losses. A single thunderstorm front that produced tornadoes in early April destroyed assets worth over US$ 3bn, three-quarters of which were insured – a perfect example of how high insurance density can help absorb the economic shocks of natural disasters. In the first half of the year, severe thunderstorms in the US caused losses totalling US$ 22bn, with insured losses of US$ 17bn.

This year’s tropical storm season is expected to bring above-average storm activity in the North Atlantic due to the El Niño-Southern Oscillation (ENSO) natural climate phenomenon in the Pacific. We are currently witnessing prevailing La Niña conditions in the Pacific, which promote the formation of hurricanes in the North Atlantic. Leading research institutes believe that the current weak La Niña conditions could become even more pronounced during the main phase of the hurricane season in September.

Munich Re expects 18 (±3) named tropical storms, 8 (±2) hurricanes and 4 (±2) severe hurricanes. Forecast models of external research institutes expect storm activity to be towards the upper end of the scale. By the end of June, three tropical cyclones had formed in the North Atlantic, none of which reached hurricane strength.

The greatest humanitarian tragedy was caused by a powerful earthquake in Afghanistan. Approximately 1,200 people died when the quake, with a magnitude of 5.9, devastated the eastern part of the country. Globally, some 4,300 people lost their lives in natural disasters in the first half of 2022 – regrettably more than in previous years.

Heat, wildfire and drought in parts of Europe –Winter storms as well

In Europe, extreme heat and arid conditions in early summer led to water scarcity and wildfires, especially in Italy, Spain and Portugal. It is often difficult to put an exact figure on losses from heat and drought as their effects, such as production losses in industry due to a lack of cooling water, take a while to emerge.

Presumably in part due to a large temperature increase in May and June, there was a massive glacier collapse on Marmolada, the highest mountain in the Dolomites (Italy). The current heatwave (July 2022) is due to an unusual mix of high pressure over central Europe coupled with an area of low pressure close to western Europe. This enables hot air from the Sahara and North Africa to penetrate into higher latitudes.

In many parts of Europe, human-caused climate change has already resulted in annual average temperatures rising by more than 1.5°C compared with when systematic weather records began towards the end of the 19th century – above the average global warming of 1.2°C. Ernst Rauch, Chief Climate Scientist at Munich Re, and head of the Climate Solutions Unit: “What used to be warm days will be hot days, what used to be hot days will be extremely hot days. Droughts and wildfires are a direct consequence of this.”

Winter storms, particularly in February, swept across north and northwest Europe bringing hurricane-force winds in places. Ireland, England, parts of Belgium, the Netherlands, northern Germany and the Baltic coast were hit especially hard. The outcome: overall losses of US$ 5.2bn.

Ernst Rauch sums up this year’s weather catastrophes to date as follows: “They may all be individual events with different causes, but taken together, one thing is becoming extremely clear: the powerful influence of climate change is becoming ever more evident! And the consequences for people across the world are becoming ever more palpable. The IPCC has made an even clearer diagnosis, stating that weather-related disasters such as heatwaves, torrential rainfall or droughts on a warmer Earth will increase in both frequency and intensity. Heatwaves will tend to last longer and bring more extreme temperatures. This will differ from region to region – in Europe it will be the south that is hit hardest.

“The natural disaster picture for the first half of 2022 is dominated by weather-related catastrophes. Extreme tornadoes in the US caused billions in damage, parts of eastern coastal Australia were submerged by floods, and southern Europe struggled with extreme heat, wildfires and drought. The recently published IPCC report warned of the need for insurers to adapt their loss models to adequately assess the changing risk. Loss prevention is a fundamental component in mitigating the economic effects of climate change. It is therefore extremely worrying that insurance penetration in developing and emerging nations is stagnating at well below 10%, and that even in industrial countries there is much room for improvement,” concludes Torsten Jeworrek, Member of the Board of Management.

What insurers need to know about the 2022 monkeypox outbreak: SCOR
Economy